See all wines Are you a distributor?

Raboso was proudly the most important international wine in the Veneto-Friuli area, the presence of which has been documented since the early 17th Century. A wine boasting ancient origins; its name is said to derive either from the namesake affluent of the river Piave or from the term “rabbioso” (raging), due to the astringent taste of the wine obtained, distinguished by remarkable tannicity and acidity. The Ampelographic Bulletin of 1870 mentions with extreme accuracy the “Raboso del Piave”, stating that “this type of wine” had quite an importance abroad, so much so that bottles of Raboso del Piave were found in the cellars of rich Englishmen, donated and procured from the last ambassadors of the Republic of Venice.
It was considered for many centuries one of the principal and most important wines from Treviso.
A wine with organoleptic characteristics recalling wild grape skins, that is to say “untamed”, it represents with its warm red hue the heart of a strong rural culture. The Raboso grape varietal is also known for its particular characteristics, such as being a robust varietal that withstands diseases thanks to the outstanding resistance of the skin.
What’s more, it is immune to cold, aridity and shrivelling. In the past, when a baby was born, there was a widespread custom, both among families of farmers as well as amid the nobility, to keep a bottle of Raboso for the day the baby got married!
A Veneto tradition, which we are quite happy to pick up again. 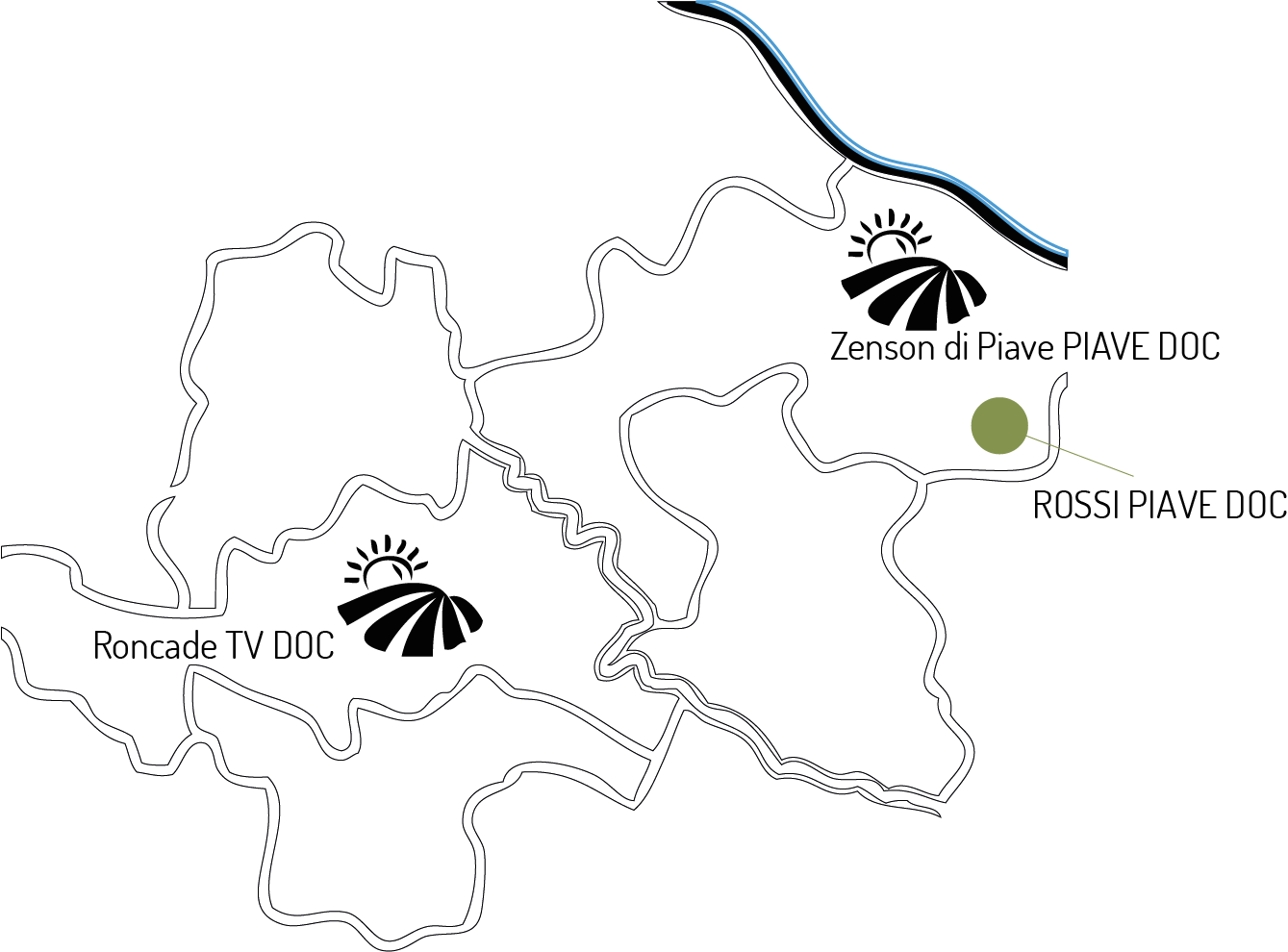